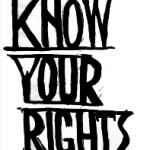 The Fifth Amendment protects a person to be a witness against himself, which means no individual will be compelled to say self-incriminating testimonies, including statements to the police while in their custody. The Fifth Amendment constitutes the Miranda Rights. The Miranda Rights is every person’s protection from a confession that a police officer will elicit from a conversation called interrogation. More so, it is a duty that every police officer is assigned to remind every citizen of his or her right; so that they will understand that they can’t become witness against themselves in the court of law.

The Miranda Rights has been made famous by police films and TV series. It mentions the following rights: 1. Remain silent 2. Whatever you say can be used against you in the court of law 3. Hire an attorney and assure his or her presence during questioning in court 4. To be provided a lawyer by the state if you can’t afford one, and 5. In case you opted to talk to a police office, you can stop the interview at any time.

A Miranda Rights should be read to an individual on the following situations:

A police officer may be able to question any suspected individual without reading their rights through:

To use your Miranda Rights efficiently, it is best to hire an attorney.

One thought on “When and how to use miranda rights”