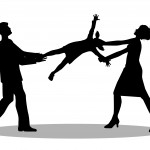 When Abraham Lincoln became the president of United States of America he said, “A house divided against itself cannot stand. A very beautiful quote which serves many purposes. I am honored to be a citizen of this great country which has such great gentleman“.

Now sir, yes you on the right can you please explain the meaning of this quote? “If there is division inside the group the group cannot stand together”. Absolutely correct now let me put it this way if our family from inside is not united can we stand firm against the outer problems. “NO”.

Correct such cases lead to Divorce and if they do have a child, it leads to custody determination. Now everyone is clear about CUSTODY DETERMINATION yes?. “No”. So I will try to clear it see if you have a son and you are divorced and your divorced husband wishes to take his son back. I don’t think you would agree at ease.”I won’t”. This is the most logical answer anybody could have given. So to decide such cases either mutual understanding is required or one would require the help of law. Such cases build in custody determination. For more reference you can contact us without any hesitation.

So we were at factors which determine custody determination. Let me ask you a simple question what do you think should be the backbone of this decision? “the wishes of child,” any other? “child’s adjustment to home” valid factor sir and mam , you were spontaneous in putting up the responses so my congratulations.

See generally there are five to six factors which affect , they are wishes of

(1) the wishes of the child’s parent or parents as to his custody;

(2) the wishes of the child as to his custodian;

(3) the interaction and interrelationship of the child with his parent or parents, his siblings, and any other person who may significantly affect the child’s best interest;

(4) the child’s adjustment to his home, school, and community;

(5) the mental and physical health of all individuals involved.

These factors in together form best interests’ standard.

The second factor was formed for gender neutrality but on hearing this all the women would feel wonderful. It states that the custody should go to mom as she is more attached to her child. I can see the smile running about the faces of the women

. Cheers to them. This is known as primary caretaker preference.

The most important and deciding factor is a pretty common and important the will of the child. Yes we all do what we will to. But this has an age consensus. 14 is regarded as the minimum for the choice to be considered.