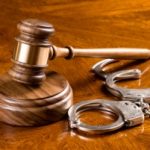 When you land on jail, the first thing you want to do is of course, get out. The best way to get out fast is to post bail. A bail can be cash, bond or a property you should give to the court when you are arrested. This will ensure the court that you will be back when the court orders you to.

If you will not show up in court when requested, the court will get to keep the bail and a warrant for your arrest will be issued.

How to set bail

The judge will set the bail. Sometimes, waiting for the judge to set bail might take some time, which is why most jails put up their own standard bail schedule with specific bail amounts for certain common crimes. This makes it easier for the arrested person to set bail faster. If you pay the station’s bail schedule amount, you can quickly get out of jail.

If the suspect doesn’t have enough money or assets to pay for the bail schedule standard, then he or she can request the judge to lower the amount.

The US Constitution does not allow the bail to be excessive. The bail should not be used as a means to raise money nor should it be used to punish any suspect.

Despite this rule, there are countless judges who set a very high amount for certain kinds of cases, like crimes involving rape, or illegal drugs. The judges do this in order to make sure that these criminals stay in prison until the case is done. This is called preventative detention.

The suspect shouldn’t violate a condition to stay out of jail. Some of these conditions include obeying all laws, while some are connected to the crime they committed. For example, if the crime was domestic violence, the suspect is not allowed to get near or contact the complaining witness.

To make sure you pay the right amount of bail and get out of jail fast, contact your attorney right away or hire one.

Fill the FORM available on the right of your screen and avail instant legal help.